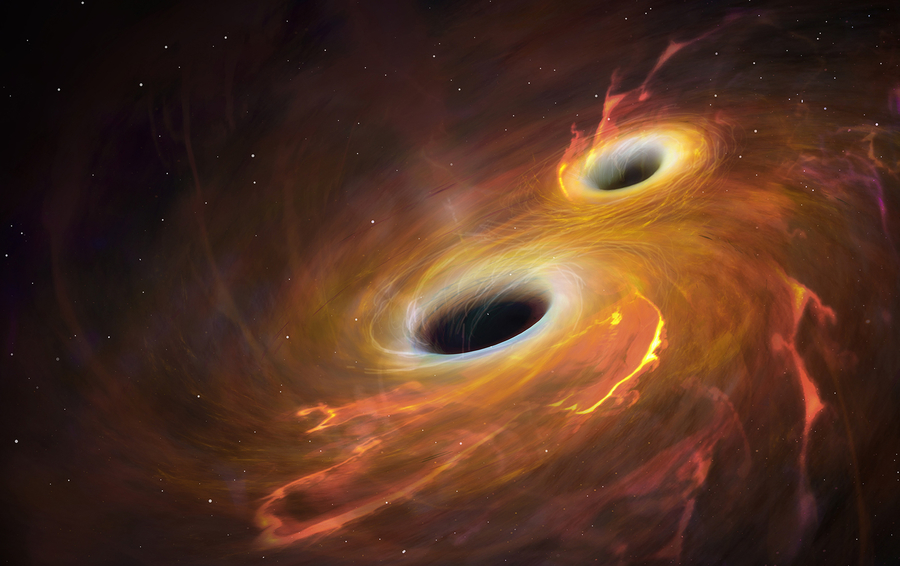 Illustration of two black holes orbiting each other in a combined accretion disc. Eventually the black holes will merge, an event that will produce gravitational waves. Gravity is the distortion of space-time by mass, and changes in this distortion travel in waves at the speed of light. The effect is most pronounced where extremely massive objects are subject to extremely high acceleration. This is seen, for instance, where black holes or neutron stars are in a close orbit such as this. In February 2016, gravitational waves were detected for the first time, 100 years after Einsteins prediction. The waves emanated from the collision of two black holes, of 36 and 29 solar masses, some 1.3 billion light years away. The waves were extremely faint by the time they arrived at Earth, where they were detected by the two LIGO detectors in the USA. 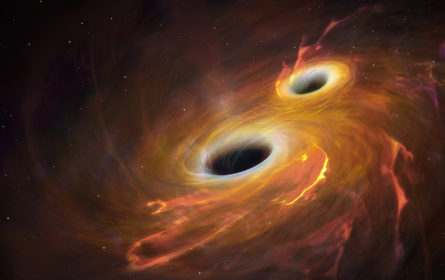